Rust is a systems level programming language that offers memory safety guarantees, prevents data races, and has no garbage collector, potentially making it a good choice for distributed compute and data processing systems.

Since early 2018 I have been blogging about this topic and also working on some Rust projects to demonstrate the possibilities, including:

I have been running benchmarks of aggregate queries against the NYC taxi data set, using Apache Spark (JVM-based) as the baseline, since it is currently a popular tool for distributed compute, and a tool I am familiar with.

The benchmarks involve running simple aggregate queries against the 2018 data set in both CSV and Parquet format, with one partition per month, so twelve partitions in total. Total data size is relatively small at 8.5 GB for CSV format, and 2.0 GB for Parquet format. I plan on running against larger data sets once I have the benchmarks automated.

All benchmarks are dockerized so that CPU and memory limits can be enforced. The tests are run on a desktop with 24 cores and 64 GB RAM, running Ubuntu. Files are stored on an SSD drive. The benchmark source code can be found here.

The following chart shows the throughput in queries per second (higher is better) of executing the following query against a partitioned Parquet file in a single process, using different number of cores. The query is executed a single time. Memory is constrained to 1 GB.

Apache Spark is being used in local mode (in-process) for this benchmark. 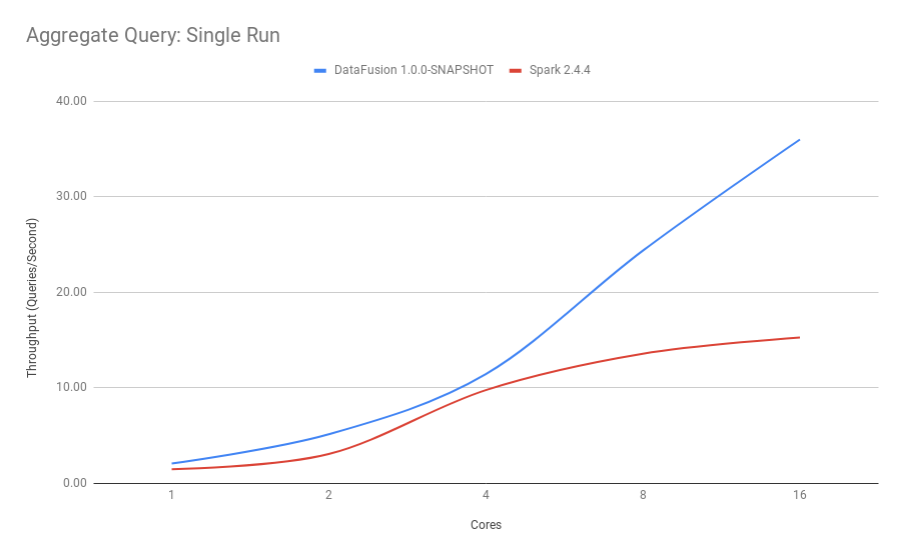 The following chart is for repeated runs of the same query, and Spark performs better than DataFusion once the JIT compiler kicks in, although Spark seems to lose its edge when there is higher concurrency. 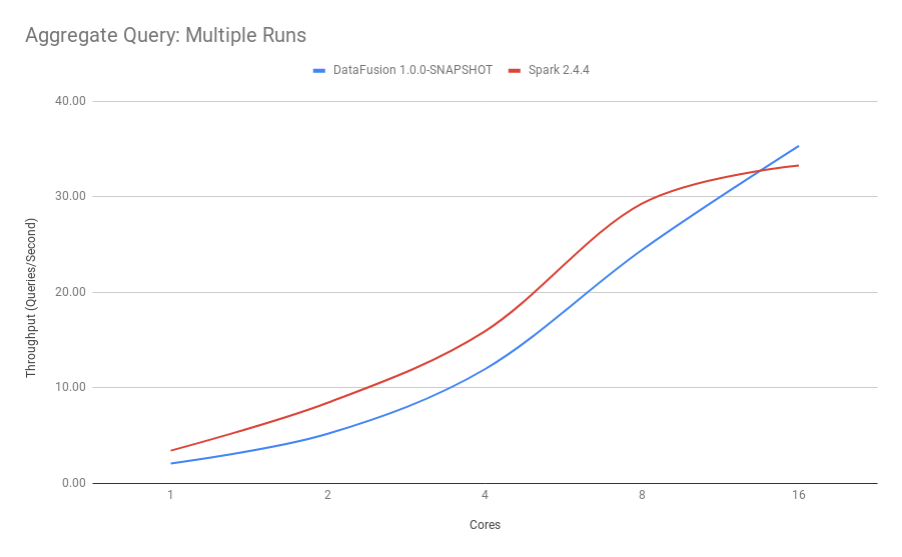 Current observations from this and other benchmarks I am currently running: